View basket “Drawn in Sand: Unrealised Visions by Alvar Aalto” has been added to your basket. 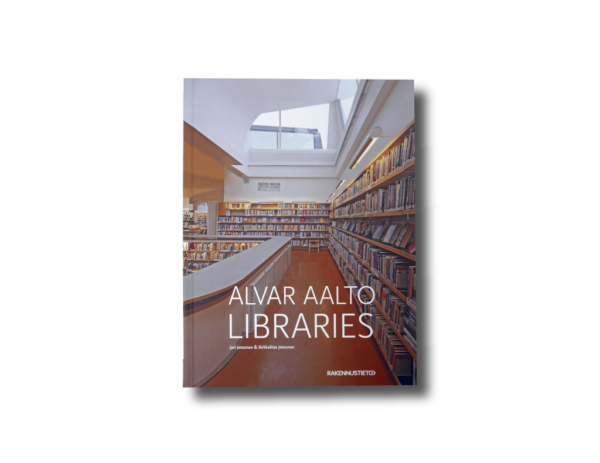 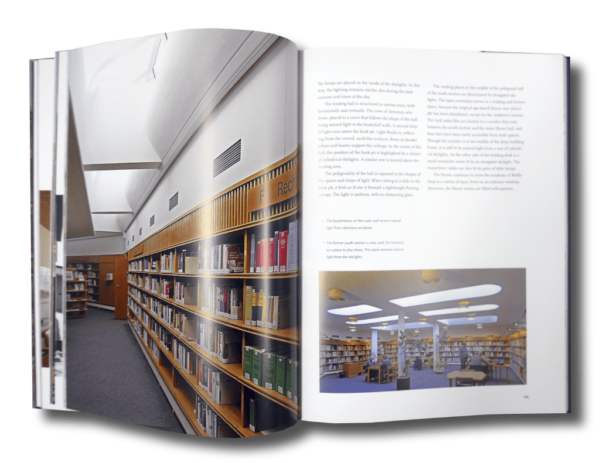 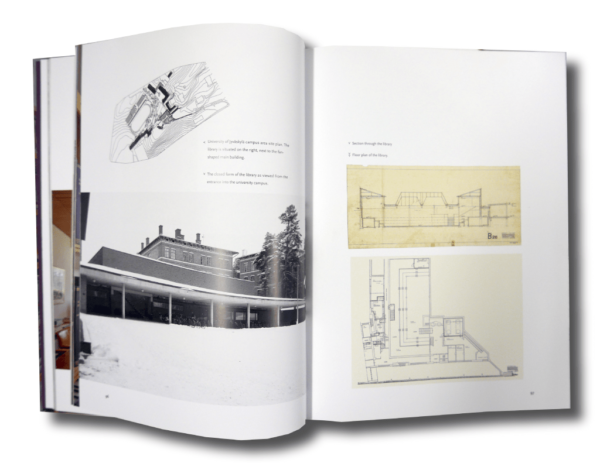 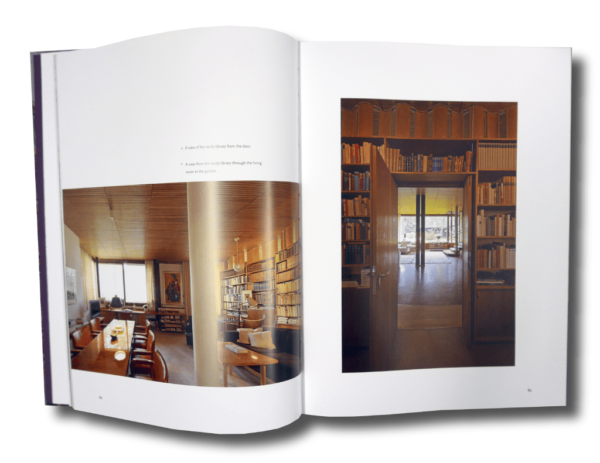 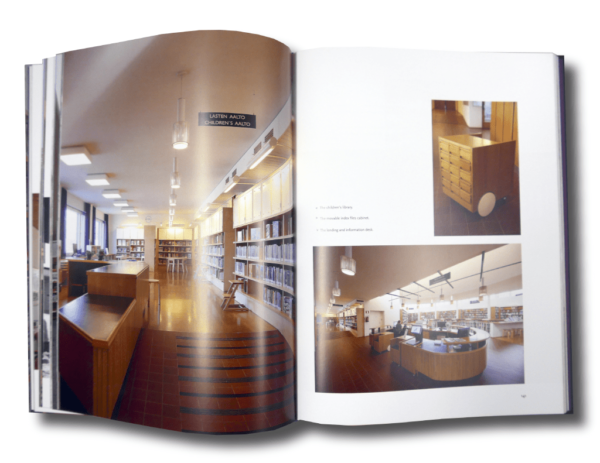 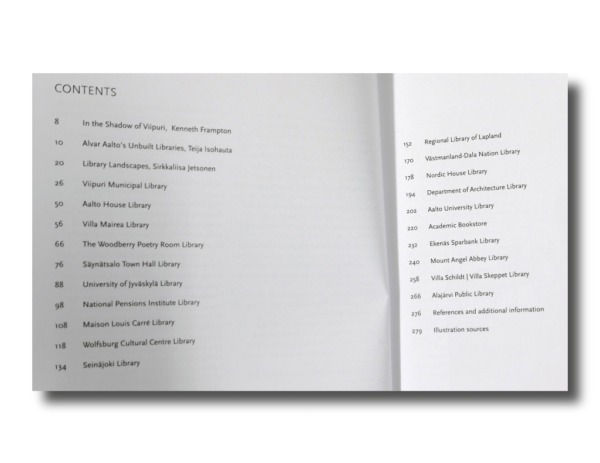 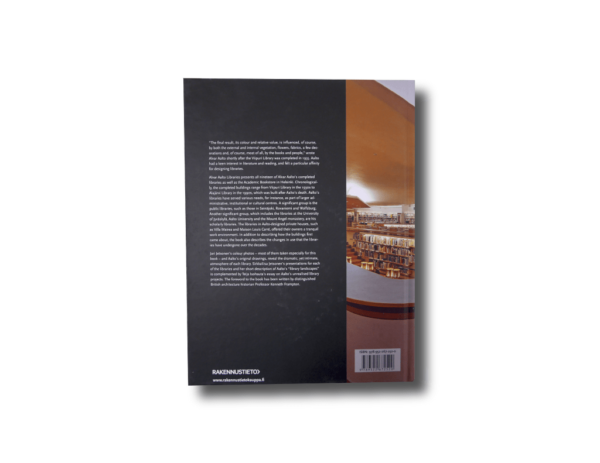 Alvar Aalto Libraries (Rakennustieto 2018) is a monograph that presents all the 19 libraries designed by Aalto and his office between the 1930s and 1990s. The authors are architect Sirkkaliisa Jetsonen and photographer Jari Jetsonen. Many of the architectural photographs are specifically taken for this book.

Alvar Aalto Libraries is a monograph that presents all the 19 libraries – both public and private – designed by the Finnish architect Alvar Aalto (1889–1976) and his office in Finland and elsewhere. The libraries are presented in a chronological order starting from the Viipuri Library (1927–1935) and concluding with the Alajärvi Library completed posthumously in 1991. Alvar Aalto Libraries also presents the Academic Bookstore in Helsinki (1961–1969), the atmosphere of which Aalto described so that “one must be able to leave the bustle of the Esplanade behind and drop in to the peace of the bookstore”.

Similarly to the Alvar Aalto Homes monograph, the authors – architect, architecture historian Sirkkaliisa Jetsonen and photographer Jari Jetsonen – have carefully curated the project selection in order to introduce the contemporary reader to the full spectrum of Alvar Aalto’s design philosophy and relevance. The book also contains an expert article by Teija Isohauta who analyses Alvar Aalto’s unbuilt library designs and Sirkkaliisa Jetsonen’s analysis of the signature feature in Aalto’s library designs, the so-called “library landscapes”. Many of Jari Jetsonen’s architectural photographs are specifically taken for this book. The foreword is by distinguished architecture historian, Professor Kenneth Frampton.