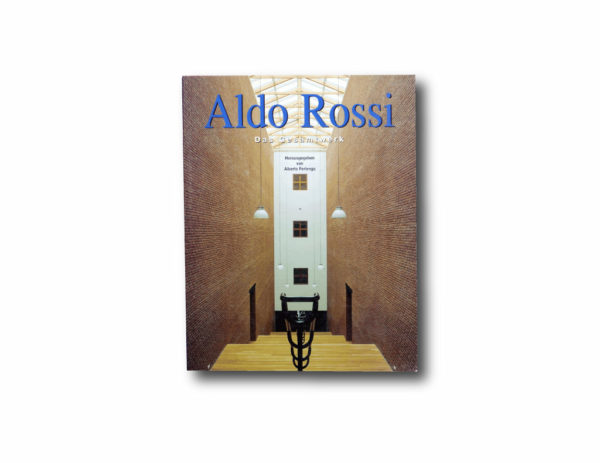 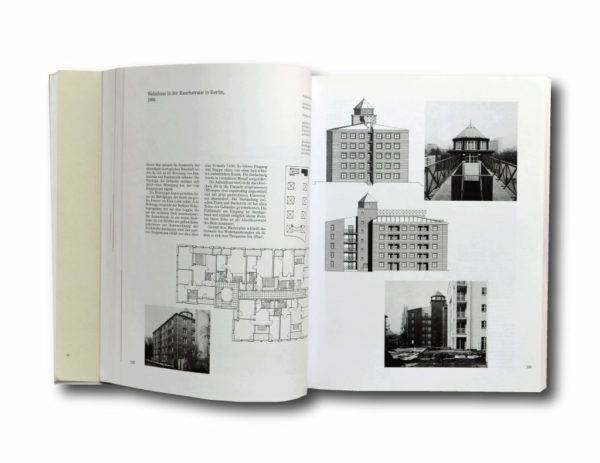 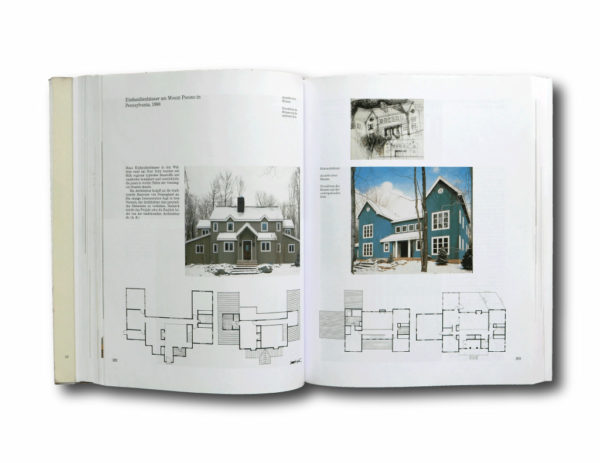 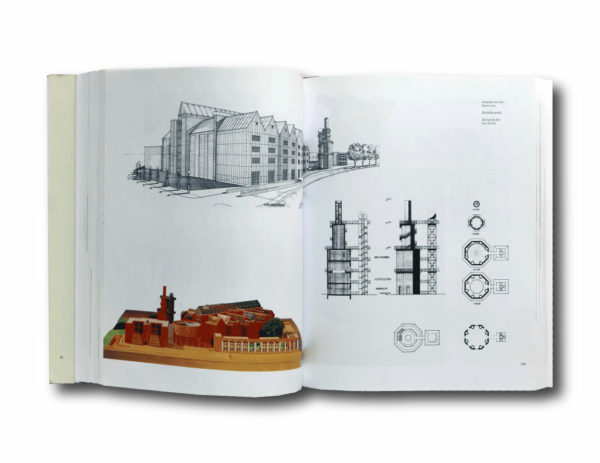 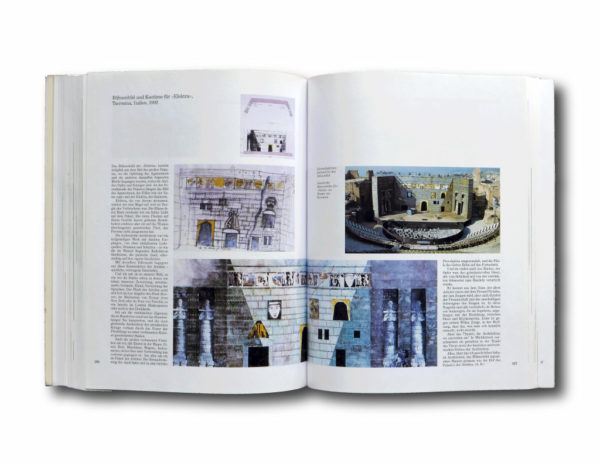 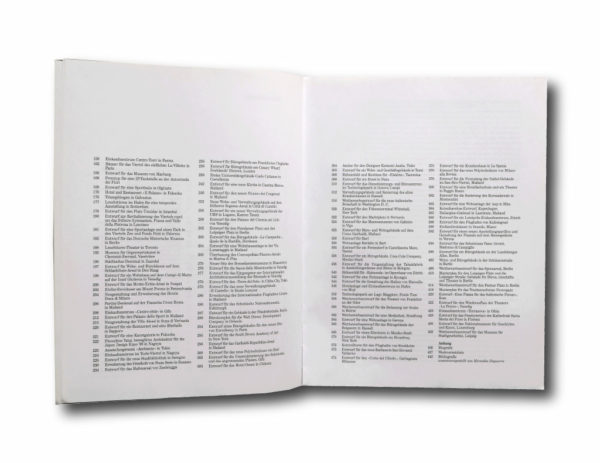 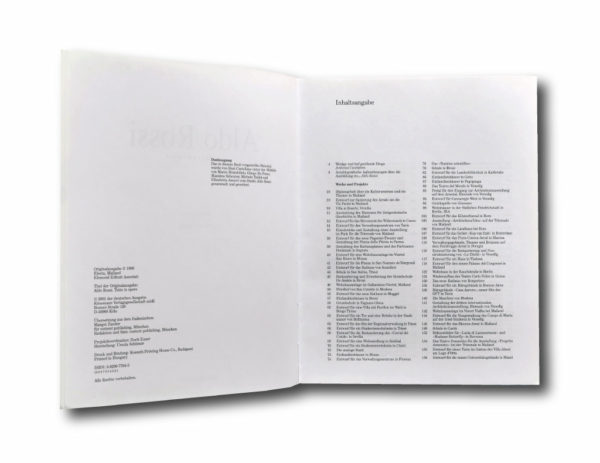 The copy for sale is in very good condition. There are no faults, just some minor shelf wear on the covers.

Aldo Rossi (1931–1997) was an Italian architect, designer, theorist, educator and writer whose architectural thinking played a major role in forming the ideological, artistic and aesthetic basis of Postmodernism. Rossi criticised the prevailing modernist architectural culture and based his architectural theory on an understanding of history, tradition and the fundaments of the man-environment relationship. Rossi directed the Venice Architecture Biennale in 1985 and 1986 and won the Pritzker Prize in 1990. His best known early works include his book Architettura della Citta (The Architecture of the City, 1966), San Cataldo Cemetery in Modena, Italy (1971) and Teatro del Mondo, the floating theatre in Venice, Italy (1979).

Aldo Rossi – Das Gesamtwerk (Könemann, 2001) is a fantastic monograph of Rossi’s exceptional career. The texts are in German, but the lavish illustration makes this book highly accessible. The book contains a facsimile of Rossi’s handwritten text titled Autobiographical Notes about Education etc. (German translation: Autobiographische Aufweichnungen über die Ausbildung etc.) from 1971, works and projects from 1959 to 1997, biographical information and a list of publications.

The copy for sale is in very good condition. There are no faults, just some minor shelf wear on the covers.