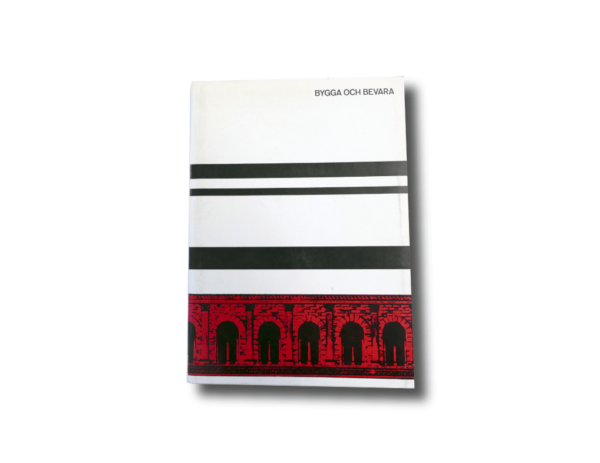 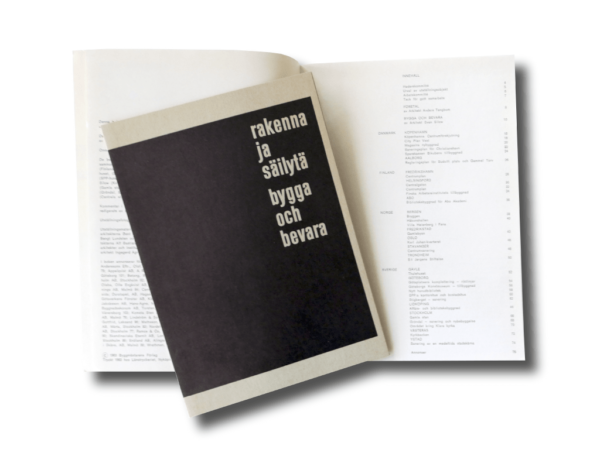 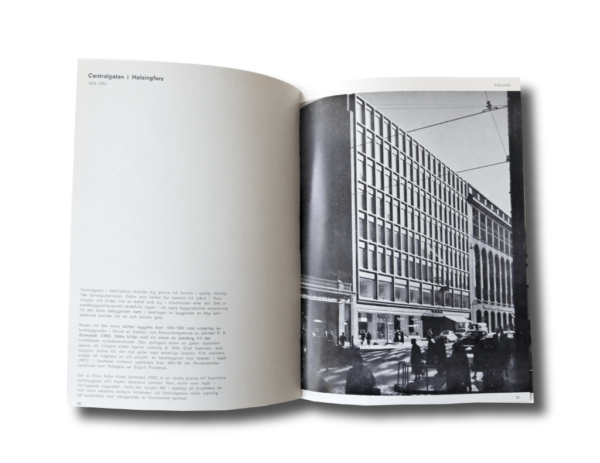 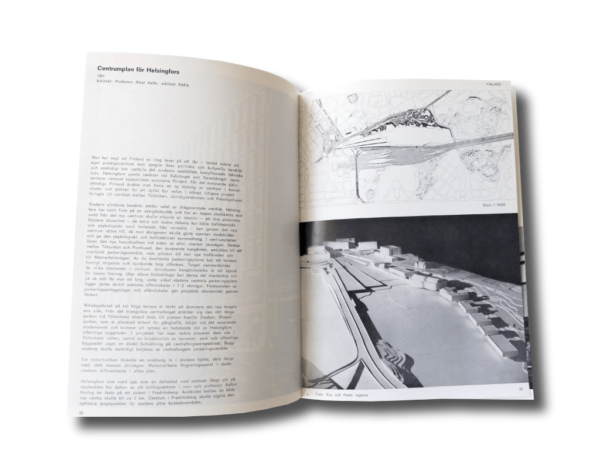 Bygga och bevara – Nordisk arkitekturutställning [Build and preserve] is a small exhibition catalogue published in 1963. The exhibition was organised as a joint production of the Swedish, Danish, Norwegian, and Finnish architects’ associations who sought to find a sustainable response to the looming building boom in the turn of the decade. The exhibition showcased new buildings, extensions, and city plans that heeded local cultural heritage and adapted to the existing environment.

The booklet is in Swedish, but there is a Finnish supplement with an introduction by architect Bengt Lundsten and the texts for the showcased Finnish projects: the Helsinki central plan by Alvar Aalto, the Keskuskatu design in Helsinki, Åbo Akademy Library by Woldemar Baeckman, the Finnish Language Workers’ Institute Annex by Aulis Blomstedt, Hamina central plan by Olli Kivinen and Marita Hagner, and the Raahe central plan by Esko Korhonen, Erik Kråkström and Ahti Korhonen.

The copies in our stock are in nice condition. The covers are a bit worn, but the pages are tidy. One of the books has been signed by its previous owner.