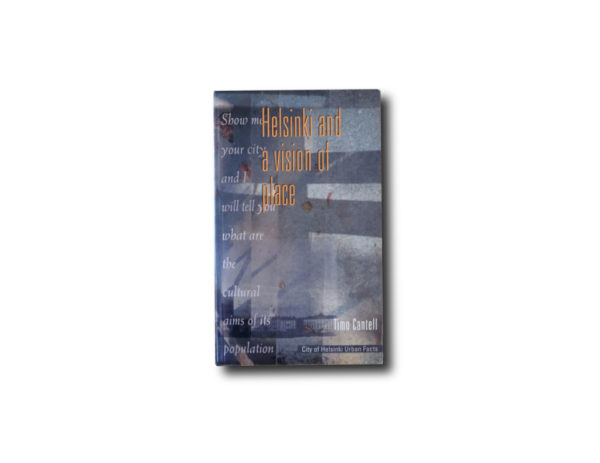 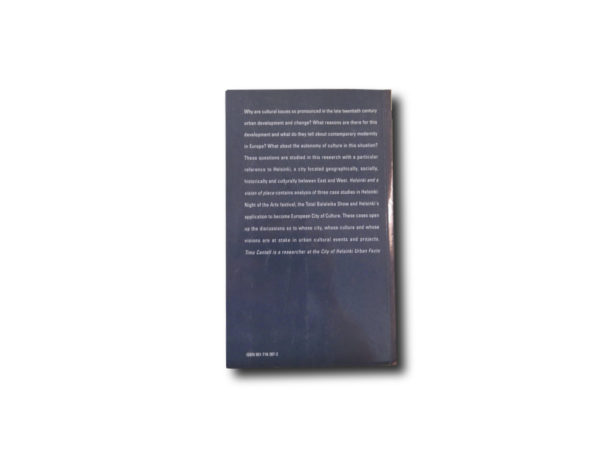 Helsinki: A Vision of Place

Helsinki: A Vision of Place by Timo Cantell (City of Helsinki Urban Facts, 1999) is an analysis of three cultural case studies and their effects on urban development.

Helsinki: A Vision of Place by Timo Cantell (City of Helsinki Urban Facts, 1999) is an analysis of three cultural case studies and their effects on urban development.

Why are cultural issues so pronounced in the late twentieth century urban development and change? What reasons are there for this development and what do they tell about contemporary modernity in Europe? What about the autonomy of culture in this situation? These questions are studied in this research with a particular reference to Helsinki, a city located geographically, socially, historically and culturally between East and West. Helsinki and a vision of place contains analysis of three case studies in Helsinki: Night of the Arts festival, the Total Balalaika Show and Helsinki’s application to become European City of Culture. Theses cases open up the discussions as to whose city, whose culture and whose visions are at stake in urban cultural events and projects. Timo Cantell is a researchers at the City of Helsinki Urban Facts.
– Helsinki: A Vision of Place, text from the back cover

The text is in English. The book has no illustrations.

The copy in our stock is in good condition. The pages have only a few pencil underlinings and notes. The glueing of the binding is fine. The covers show only some minor shelf wear and signs of use.