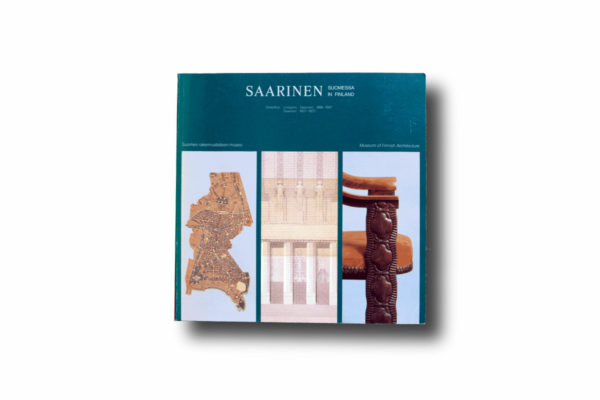 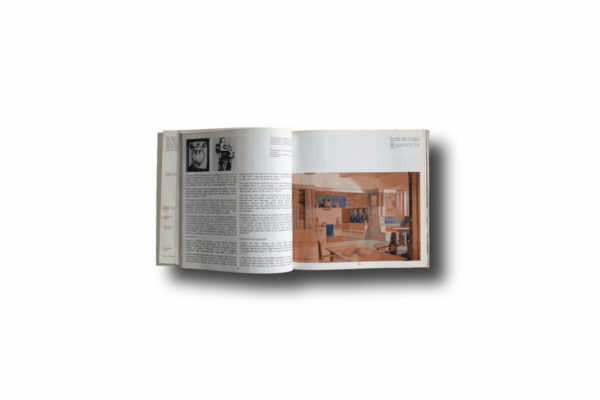 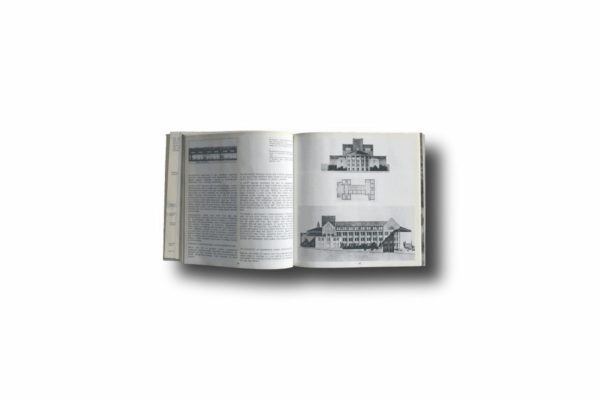 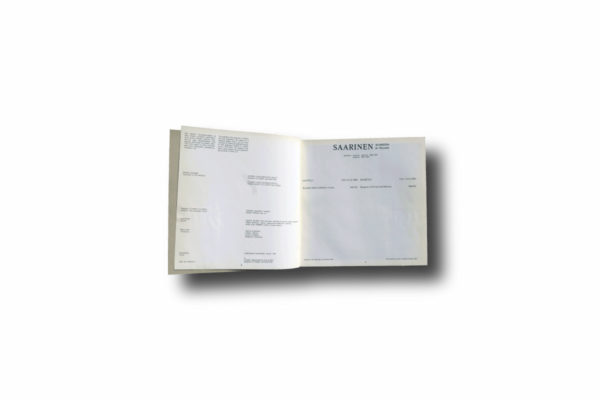 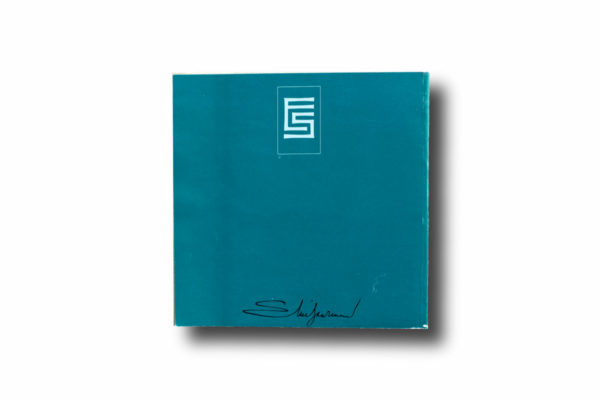 Saarinen Suomessa – Saarinen in Finland is an exhibition catalogue about architect Eliel Saarinen’s national romantic architecture in Finland published by the Museum of Finnish Architecture in 1984. The texts are both in Finnish and English.

Saarinen Suomessa – Saarinen in Finland is an exhibition catalogue that showcases the first phase of architect Eliel Saarinen’s (1873–1950) international career. The turning point was the second prize in the international architectural competition for the Chicago Tribune Tower in 1922. At the age of 50, in 1923, Saarinen moved to lead the newly established Cranbrook Academy in the United States. The exhibition and the ensuing catalogue are based on a research project of Saarinen’s years in Finland and his groundbreaking national romantic projects which he designed together with his friends Herman Gesellius and Armas Lindgren.

This small-sized but comprehensive catalogue offers you an accurate view of Eliel Saarinen’s architectural ideas. The projects analysed include his seminal works such as the Pohjola Building (1899-1901), Hvitträsk atelier (1902-1904), the National Museum (1902-1911) and the Helsinki Railway Station (1904-1914, 1919) as well as his town plans and many unrealised designs. The scholarly introductions by Marika Hausen and Kirmo Mikkola give an illuminating backdrop to Saarinen’s fascinating form language and artistic experiments.

The texts are in Finnish and English.

The copy currently in our stock is in good condition. The covers show some shelf wear; the pages are clean and undamaged.