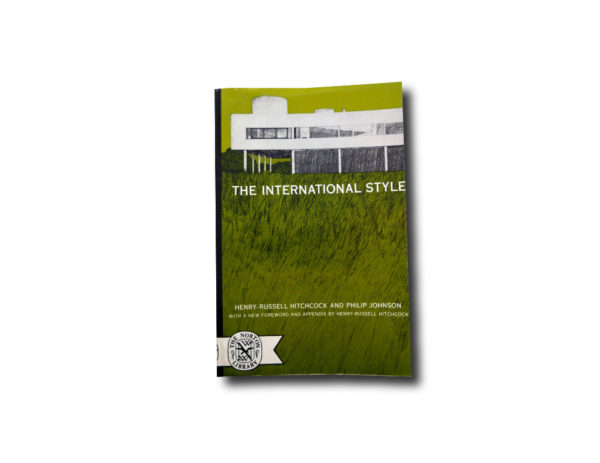 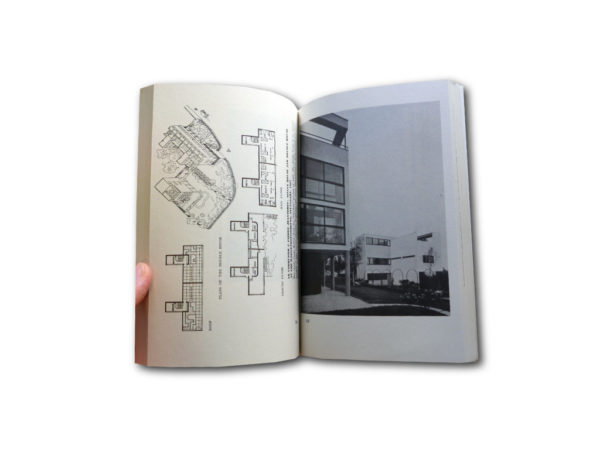 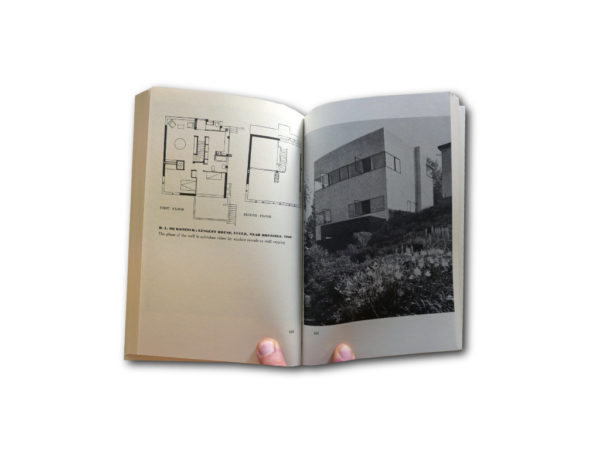 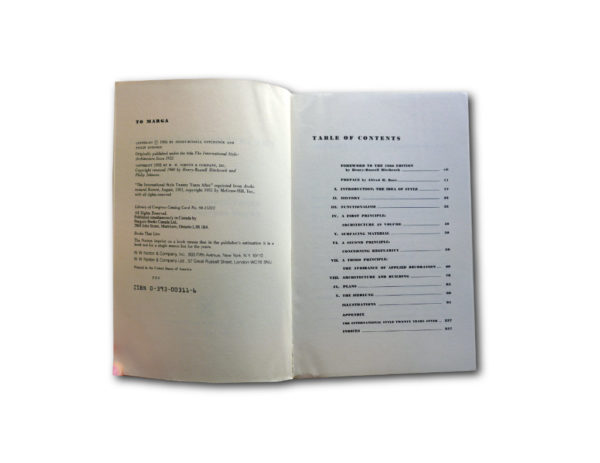 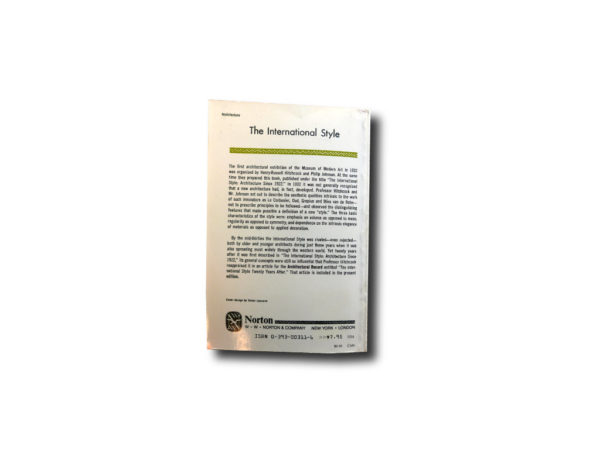 The copy in stock is in good condition. The covers show signs of use and shelf wear, but the pages are clean and attached to the spine.

The International Style by Henry-Russell Hitchcock and Philip Johnson (1966 edition) backgrounds their influential 1932 MoMa exhibition. The book defines and explains the theoretical idea behind new architectural style of the 20th century through an analysis of works by Le Corbusier, J. J. P. Oud, Walter Gropius and Mies van Der Rohe – as well as the Finnish functionalists Erik Bryggman and Alvar Aalto.

Russell and Hitchcock base the International Style on three principles: 1) architecture as a volume; 2) facade composition relative to the structure; and 3) the avoidance of decoration. the book is richly illustrated with black-and-white photographs and architectural drawings of functionalist buildings.

This 1966 edition, published by W. W. Norton & Co, contains a new foreword by Henry-Russell Hitchcock from 1965.

The copy in stock is in good condition. The covers show signs of use and shelf wear, but the pages are clean and attached to the spine.