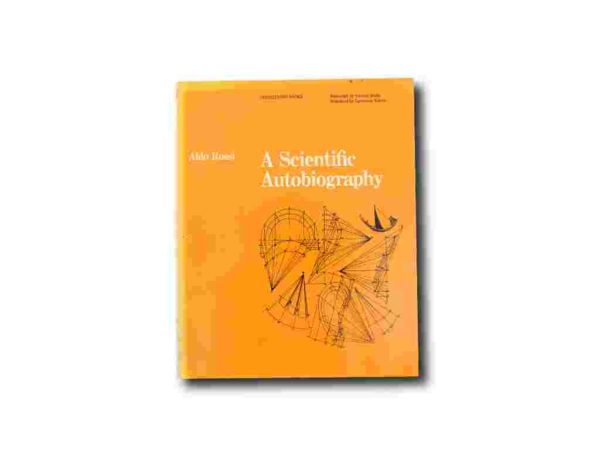 Rossi is utterly clear on this major issue of memory throughout the text. His forms are few precisely because they are not made up but remembered. They derive from his experience of things in life. So he writes, “my observation of things has remained my most important formal education; later observation is transmuted into a memory of these things.” So memory is a distillation, and Rossis’s work suggests that his observers things are indeed idealised by it, ‘Platonized” into enduring shapes.
— Vincent Scully, Postscript: Ideology in Form. In: A Scientific Autobiography, p. 111.

The text is in English.  The book has been illustrated with black-and-white photographs and drawings.

Our copy is the first paperback printing and it’s in nice condition. The pages are clean without any markings, and the glueing of the binding is fine. The covers show some shelf wear and signs of use and exposure to light, and the yellow colour especially on the spine is faded.