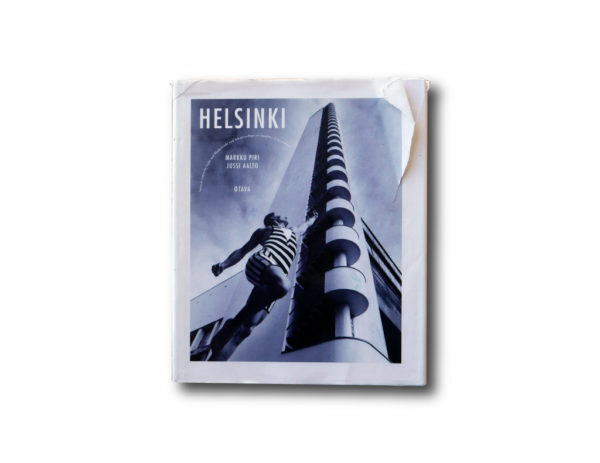 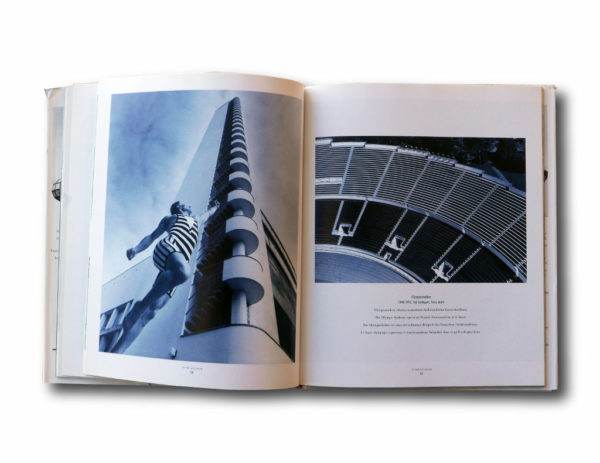 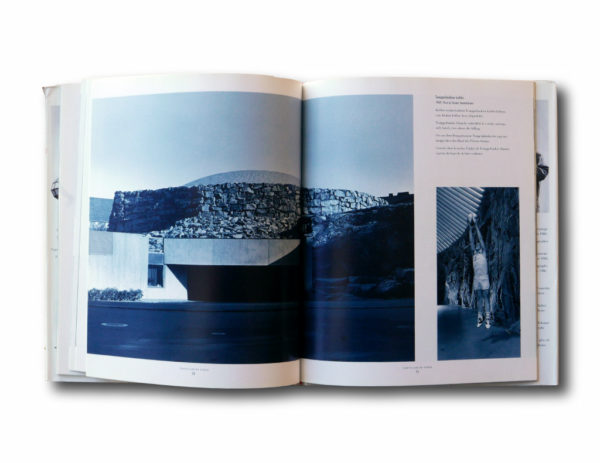 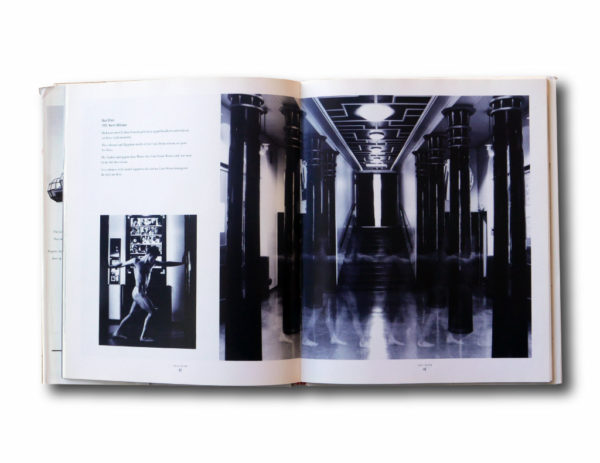 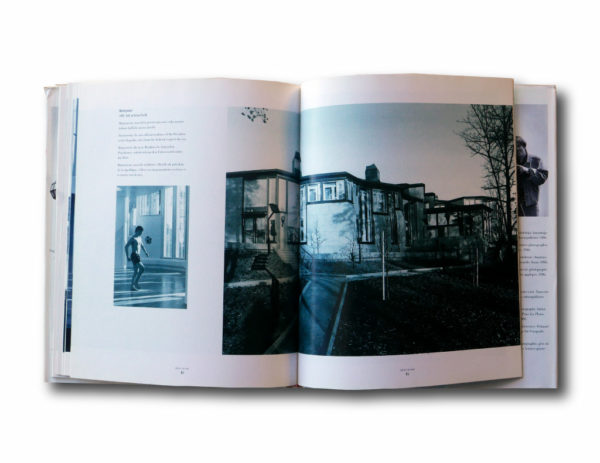 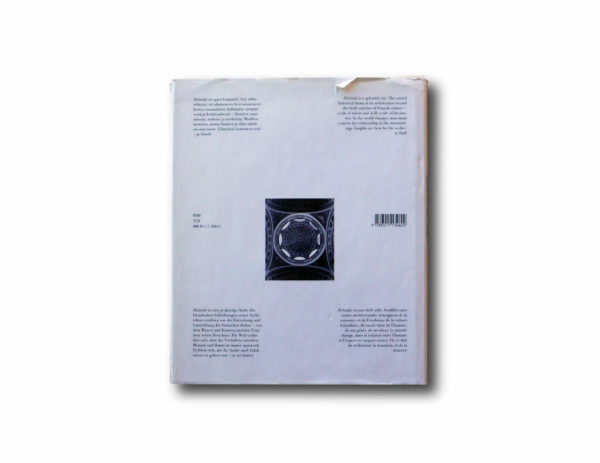 Helsinki: Valoa ja varjoa : Light and Shade : Licht und Schatten : Dans ses lumières et ses ombres is a photography book designed by Markku Piri and photographed by Jussi Aalto. The book was published in 1994; the foreword is by Roger Connah. The copy for sale is in good condition except for the dust jacket which has a nasty tear.

Helsinki has inspired many authors to study the beauty of this peculiar northern city. Helsinki: Valoa ja varjoa : Light and Shade : Licht und Schatten : Dans ses lumières et ses ombres is a photography book designed by Markku Piri and photographed by Jussi Aalto. It dates from 1994 and makes a “Fantasy Marathon” with unique, bodily views to the Helsinki sights and buildings.

In Aalto’s dramatically contrastive photographs, architecture and man literally come together. The athletic boys and girls pose like in the 1930s, and they do their sports among architecture in a way that casts a whole new angle towards architectural materiality.

The texts are scarce: the foreword is written by Roger Connah, well-known connoisseur of Finnish architecture, but besides that, there are only short captions about the included architectural sights: Reima and Raili Pietilä’s Dipoli and Mäntyniemi; Alvar Aalto’s Finlandia Hall, the Temppeliaukio rock church by Timo and Tuomo Suomalainen, to name a few. This is a collector’s item: creative, experimental and oh, so postmodern.

The copy for sale is in good condition except for the dust jacket which has a nasty tear.

There is little doubt that Helsinki is the measure of its nation’s nature, its culture and its customs. Helsinki operates as a city quite uniquely. It is a gem that must be opened carefully, unhysterically. Only then do further delights fall out. But it is essential to keep going, to re-see. And it is the photograph, always staged but always licensed, that can re-expose the observer to periods apparently long gone. Periods even disguised under the novelty of novelty, the gleam of day-glo trams, buffed steel metro stations and spray paint. It is the photograph that can hold on to the moment of ecstasy much longer than any video re-run of those Olympic finalists. Ask Leni Riefenstahl!
— Roger Connah in Helsinki: Light and Shade (1994), p. 9.