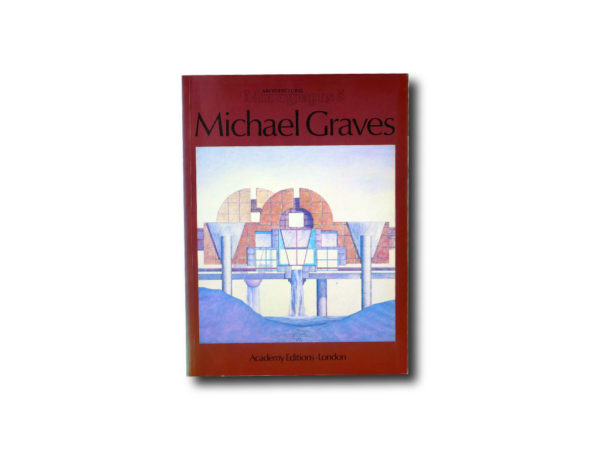 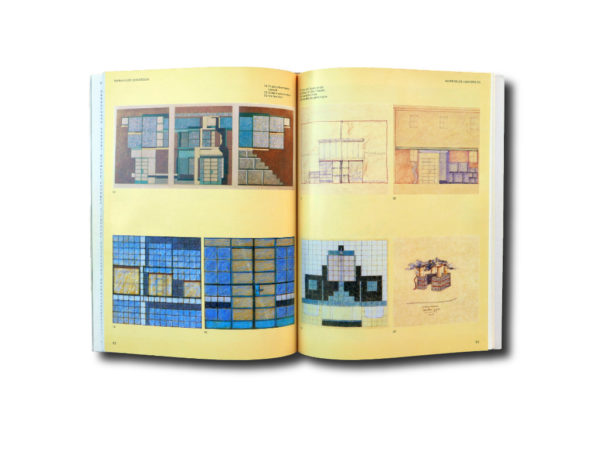 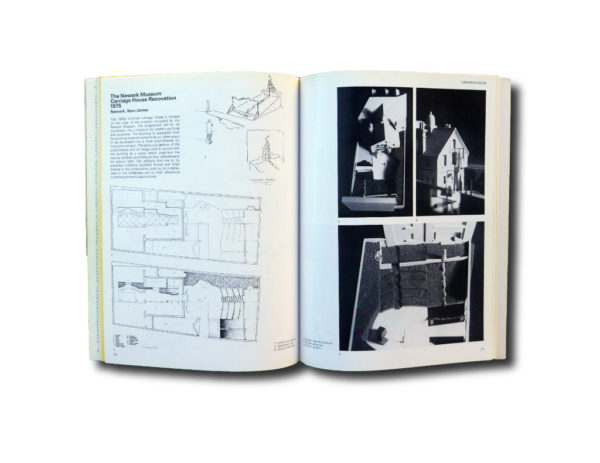 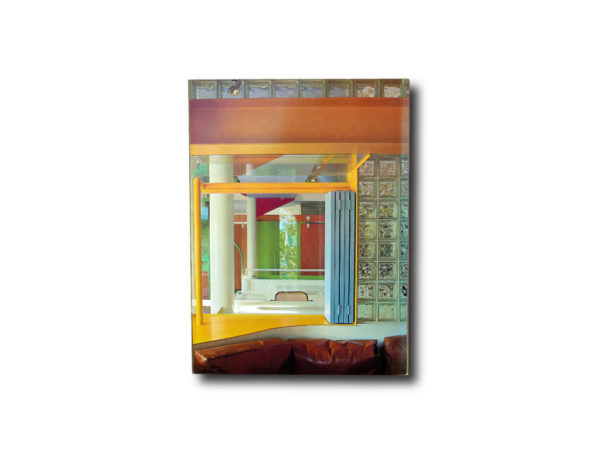 Architectural Monographs 5: Michael Graves (Academy Editions, 1979) presents selected buildings and projects by Michael Graves (1934–2015), an American architect and influential figure in the Postmodernist architectural movement of the 1980s. The selection covers his works from late 1960s to his early postmodernist experimentations of the late 1970s.

The book opens with an insightful introduction to Graves’s architecture by Alain Colquhoun and concludes with a philosophical essay “Freud and Russell at the Wherehouse” by Peter Carl. The texts are in English, but there are summaries in French, German, Italian and Spanish. The illustration consists of photographs both in colour and in black-and-white as well as architectural drawings and renderings.

Graves’ work is a meditation on architecture. This is to say much more than that it is concerned exclusively with the aesthetic. Such a concern is perfectly compatible with the problem of construction, which, in the case of a Le Corbusier or a Mies, is the sine qua non of aesthetic choice and is based on the (aesthetic) principle of economy of means. With Graves this problem is excluded; architectural meaning withdraws into the realm of ‘pure visibility’; the substance of the building does not form a part of the ideal world imagined by the architecture. Structure becomes a pure representation. The objective conditions of building and its subjective effect are now finally separated.
– Alain Colquhoun in Architectural Monographs 5: Michael Graves (Academy Editions, 1979), p. 17.

The copy in our stock is in nice condition. There are no significant faults: the glueing is intact, the pages are clean. Only the covers show some minor shelf wear and signs of use. For example, the spine has been exposed to sunlight.