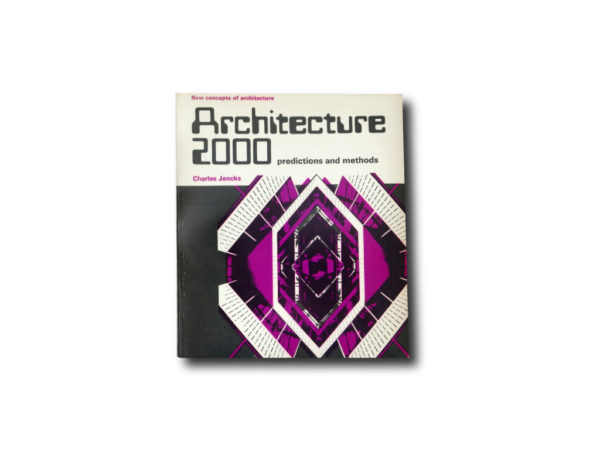 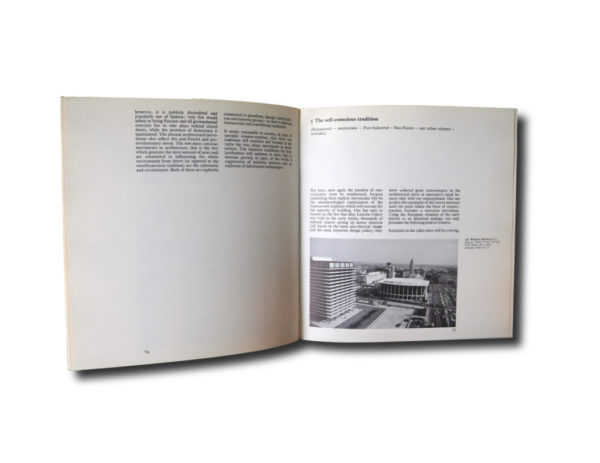 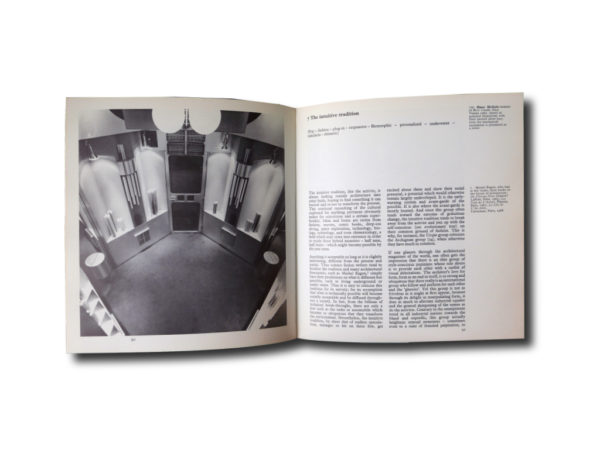 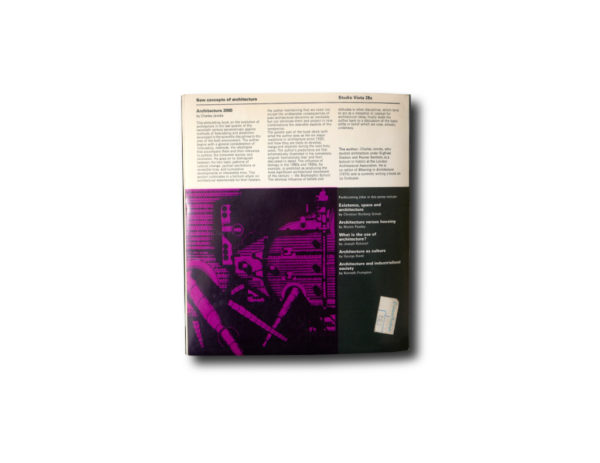 Architecture 2000: Predictions and Methods (Studio Vista, 1971) by Charles Jencks debates the history of 20th-century architecture  and forecasts the future trends of architectural design. The book presents the original version of the ‘evolutionary tree’ of architecture which was later adapted into several new versions.

Architecture 2000: Predictions and Methods (Studio Vista, 1971) by Charles Jencks debates the history of 20th-century architecture  and forecasts the future trends of architectural design. The book presents the original version of the ‘evolutionary tree’ of architecture which was later adapted into several new versions.

This stimulating book on the evolution of architecture in the last quarter of the twentieth-century penetratingly applies methods of forecasting and prediction developed in the scientific disciplines to the area of the built environment. The author begins with a general consideration of forecasting methods, the ideologies that accompany them and their relevance to politics, the consumer society and revolution. He goes on to distinguish between the two basic patterns of cultural change, cyclical oscillations or reversible time, and cumulative developments or irreversible time. This section culminates in a brilliant attack on architectural determinists for their fatalism, the author maintaining that we need not accept the undesirable aspects of the tendencies.

The greater part of the book deals with what the author sees as the six major traditions in architecture since 1920, and how they are likely to develop, merge and separate during the next forty years. The author’s predictions are first schematically illustrated in his completely original ‘evolutionary tree’ and then discussed in detail. The influence of biology in the 1980s and 1990s, for example, is predicted as producing the most significant architectural movement of the century – the Biomorphic School. The obvious influence of beliefs and attitudes in other disciplines, which tend to act as a metaphor or catalyst for architectural ideas, finally leads the author back to a discussion of the basic shifts in belief which are now, already underway.
– Charles Jencks, Architecture 2000: Predictions and Methods (Studio Vista, 1971), back cover

The text is in English. The book has been richly illustrated with black-and-white photographs, diagrams, drawings etc.

The copy in our stock is in nice condition. The pages are clean; the binding is fine. There is some age-related toning on the pages, and the covers show some shelf wear and signs of use. There is an old price sticker on the back cover.