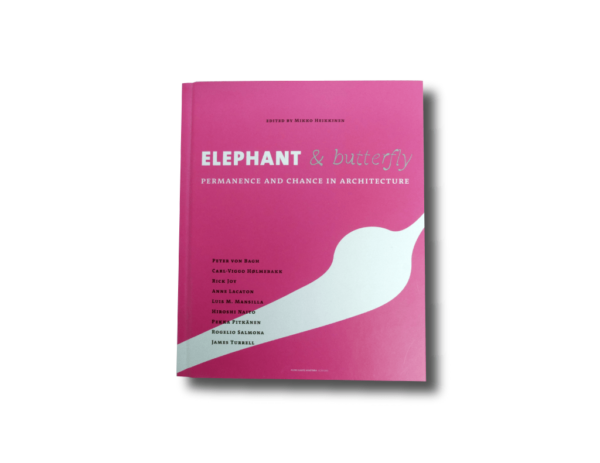 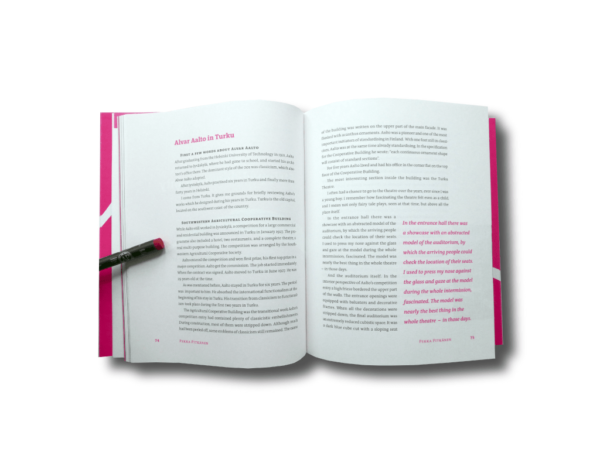 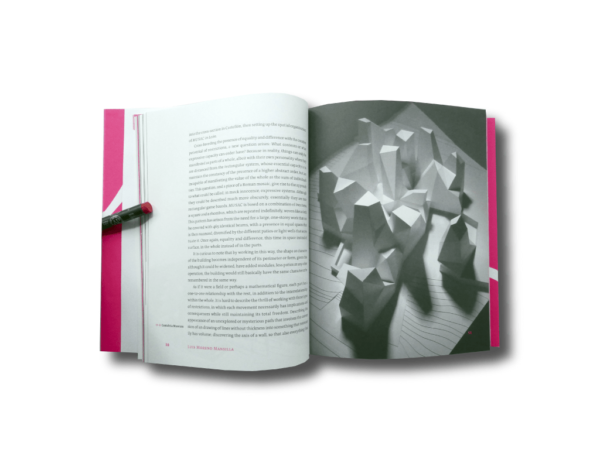 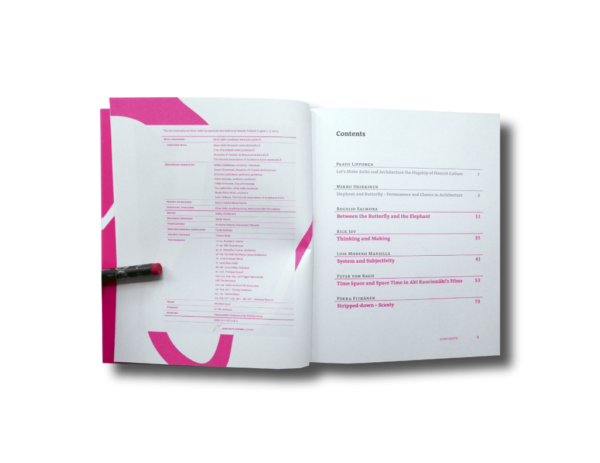 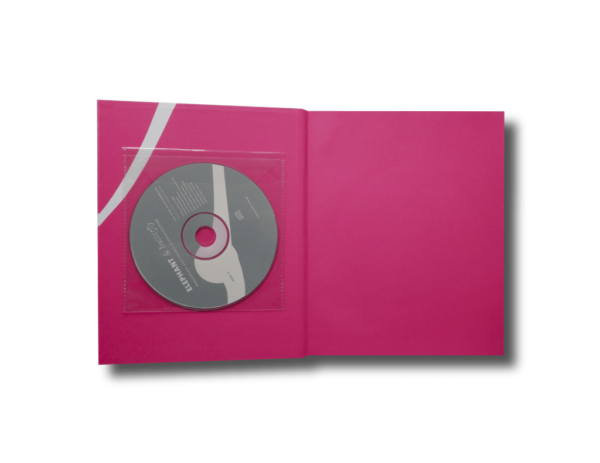 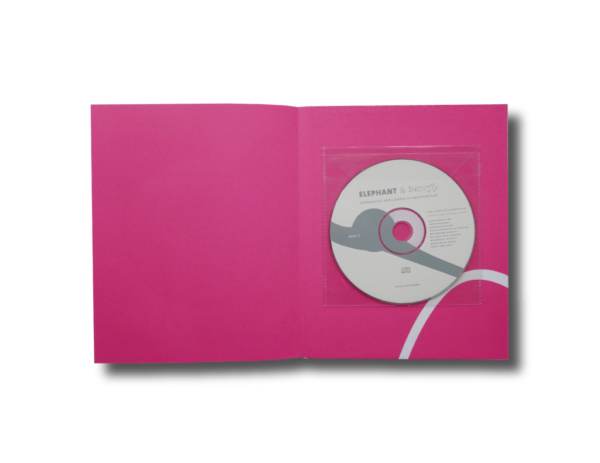 The copy in stock is in excellent condition, as good as new. The two conference CDs are included.

The book also contains the brunch discussion comments by William J.R. Curtis and James Turrell as well as Raymund Ryan’s article Thinking in the Wake of Aalto about the event. There are two CD discs that contain the complete conference coverage included on the book’s front and end panels. The book has been edited by Mikko Heikkinen, the chair of the Symposium of the time.

Elephants live a long time and never forget – unlike a butterfly which lives only a day and knows nothing of yesterday. What else is left as a testimony of past empires and cultures, if not their architecture? Today, those same old walls seem good enough again as the settings for new uses of all sorts: a 19th-century railway station becomes a museum of art, or a dockside warehouse is turned into a luxury hotel (…) It has been said that a butterfly can change the world with one flap of its wings (…) Chance has two meanings in English: possibility and coincidence. In Alvar Aalto’s works, tradition and revolution live in symbiosis but they often reveal a desire to surprise and amaze – the merest touch can change everything.
— Mikko Heikkinen in Elephant & Butterfly: Permanence and Chance in Architecture, p. 8.

The copy in stock is in excellent condition, as good as new.