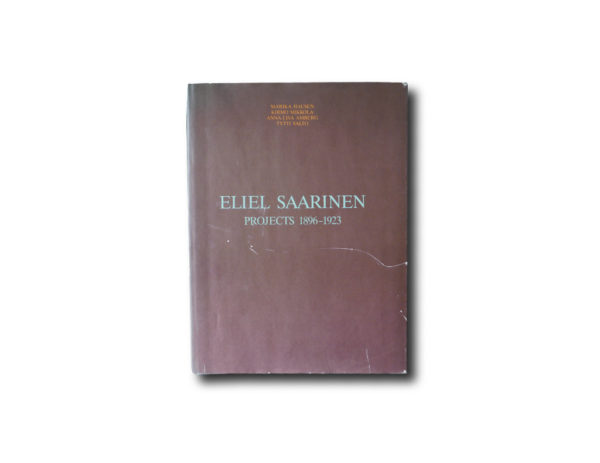 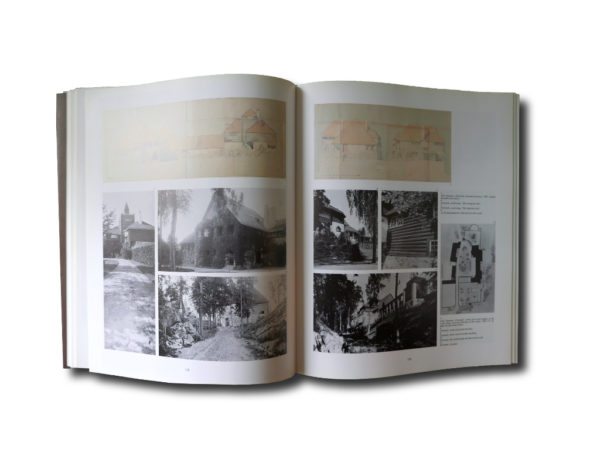 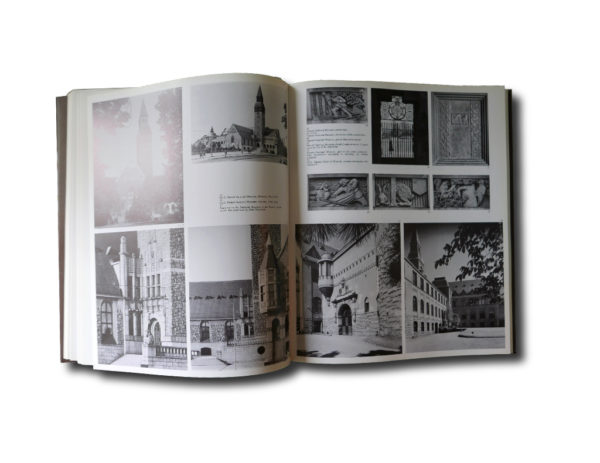 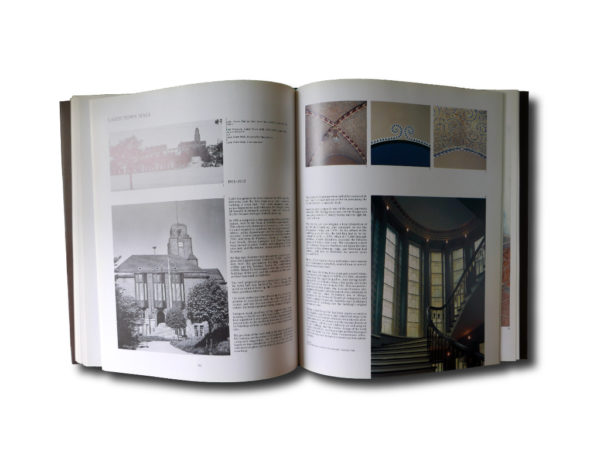 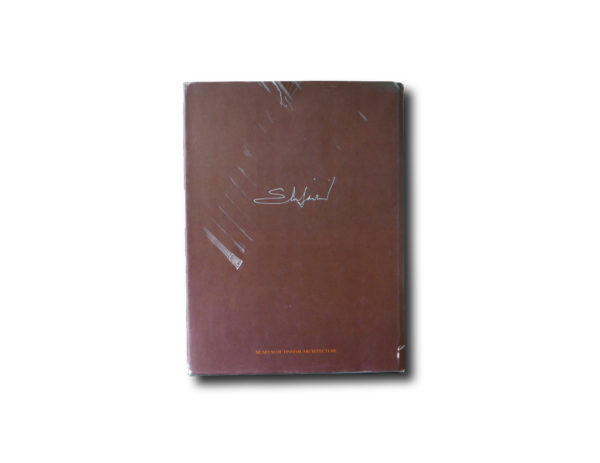 Eliel Saarinen – Projects 1896–1923 (Museum of Finnish Architecture / Otava, 1990) is a visually stunning and comprehensive monograph about Saarinen’s career in Finland before moving his practice to the United States.

Eliel Saarinen – Projects 1896–1923 (Museum of Finnish Architecture / Otava, 1990) is a visually stunning and comprehensive monograph about Saarinen’s career in Finland before moving his practice to the United States. The book is based on extensive research project at the Museum of Finnish Architecture. The authors are Marika Hausen, Kirmo Mikkola, Anna-Lisa Amberg and Tytti Valto.

The architecture of Eliel Saarinen (1873–1950) is a cornerstone of the national ego of industrial Finland. The dynamic master, who moved to the USA in 1923, is still held up as an esteemed model. Saarinen’s rapid rise to international fame through nationally oriented architecture is a fascinating paradox. The Finnish pavilion at the Paris World Fair in 1900 brought Finnish architecture in general and the names of three young architects – Herman Gesellius, Armas Lindgren and Eliel Saarinen – in particular into the international limelight. Between 1896 and 1904, their office received several major commissions in Finland, and their record in winning architectural competitions was unmatched. Such a reputation also brought them commissions for the design of a variety of private homes and villas. Their own wilderness studio and home, Hvitträsk, completed in 1903, was Saarinen’s base in Finland until his death. Nowadays a museum, Hvitträsk bears witness to the prevailing ideal of living within nature. The wooded garden is also Saarinen’s final resting place.

Winning the Helsinki Railway Station design competition in 1904 brought Saarinen’s architecture into a new phase, and his aNational Romantic style became increasingly rational. From 1907, Saarinen operated his own office, which designed ever bigger projects. In Finland, architects had begun to take over town planning from engineers in the early years of the 20th century and Eliel Saarinen’s work in the filed was unprecedented. The Munkkiniemi–Haaga plan, published in 1915, was followed by the first general plan ever drawn up for Helsinki, designed in collaboration with Bertel Jung and published in 1918. International town planning competitions (Canberra, Budapest, Tallinn) extended Saarinen’s scope to projects abroad. His success in the Chicago Tribune building competition in 1922 provided him with the opportunity to move to the USA. Finland, a country of meagre resources, independent only since 1917, did not have enough challenges for Eliel Saarinen.
– Preface by the Museum of Finnish Architecture in Eliel Saarinen – Projects 1896–1923 (Otava, 1990), p.6

The text is in English. The book is richly illustrated with architectural drawings, photographs and other visual material.

The copy currently in our stock is in good condition. Only the dust jacket shows shelf wear and edge wear, and there are a couple of tears.

Please note the national finna.fi portal which has recently been updated with the Museum’s collections of Eliel Saarinen’s architectural archive.