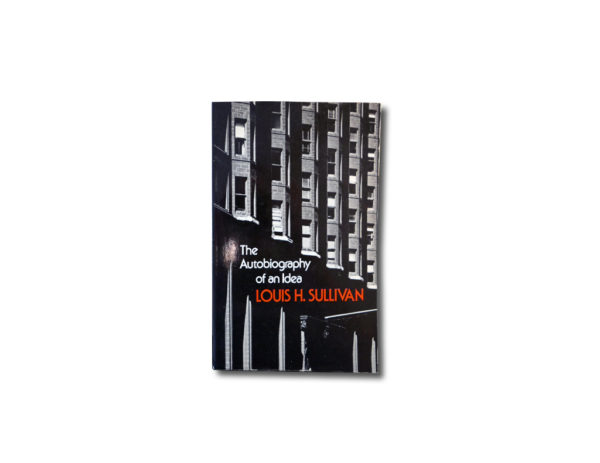 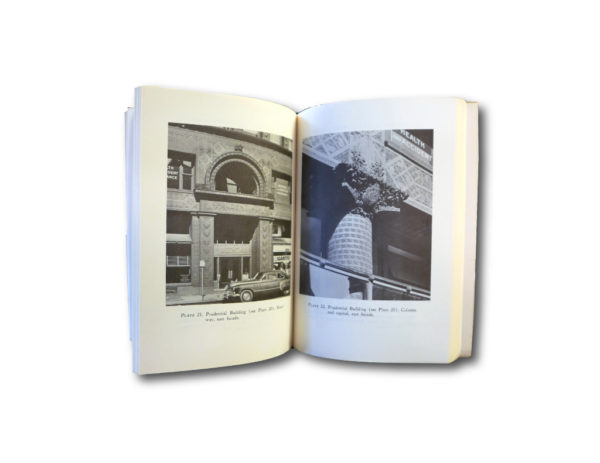 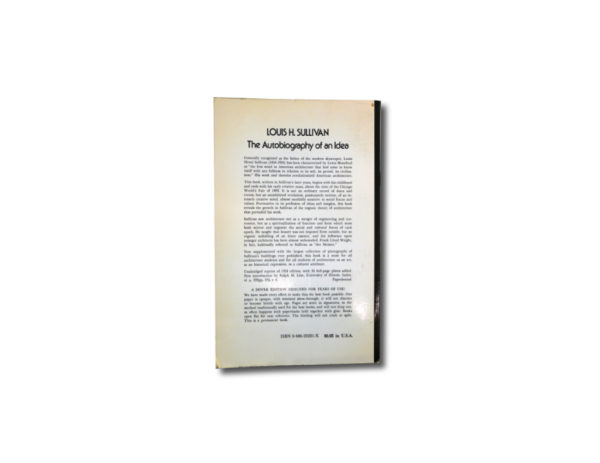 Louis H. Sullivan: The Autobiography of an Idea

Generally recognised as the father of the modern skyscraper, Louis Henri Sullivan (1856–1924) has been characterised by Lewis Mumford as ‘the first mind in American architecture that had come to know itself with any fullness in relation to its soil, its period, its civilisation.’ His work and theories revolutionised American architecture.
This book, written in Sullivan’s later years, begins with his childhood and ends with his early creative years, about the time of the Chicago World’s Fair of 1893. It is not an ordinary record of dates and events, but an uninhibited revelation, passionately written, of an intensely creative mind, almost morbidly sensitive to social forces and values. Provocative in its profusion of ideas and insights, this book reveals the growth in Sullivan of the organic theory of architecture that pervaded his work.

Sullivan saw architecture not as a merger of engineering and economics, but as a spiritualisation of canton and form which must both mirror an organise the social and cultural forces of each epoch. He taught hat beauty was not imposed from outside, but on organic unfolding of an inner essence, and his influence upon younger architects has been almost unbounded.
– Louis H. Sullivan: The Autobiography of an Idea (Dover Publications, 1956, orig. 1924), book description from the back cover

The text is in English. The book has been illustrated with some black-and-white photographs of Sullivan’s buildings.

The copy in our stock is in good condition. The pages are clean without any markings, and the glueing of the binding is fine. There is some age-related yellow toning the edges of the pages, and the covers show some slight edge wear and signs of use.