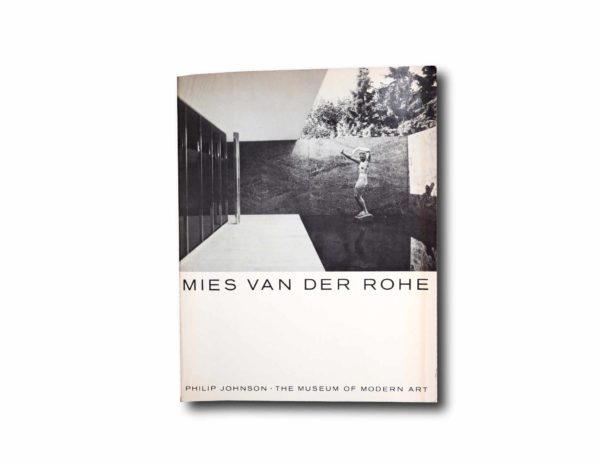 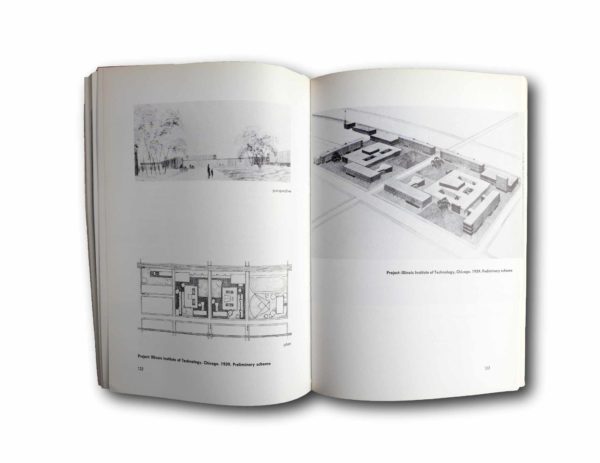 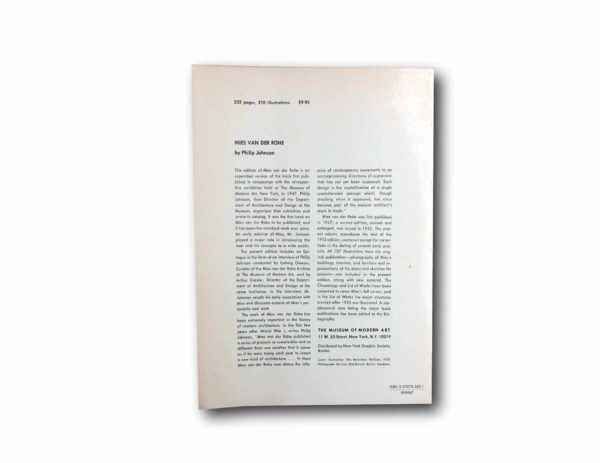 This edition of Mies van der Rohe is an expanded version of the book first published in conjunction with the retrospective exhibition held at The Museum of Modern Art, New York, in 1947. Philip Johnson, then Director of the Department of Architecture and D4sign at the Museum, organized that exhibition and wrote its catalog. It was the first book on Mies van der Rohe to be published, and it has been the standard work ever since. An early admirer of Mies, Mr. Johnson played a major role in introducing the man and his concepts to a wide public.
– excerpt from the book description

The text is in English. The book is richly illustrated with black-and-white photographs, architectural drawings, sketches, and other visual material.

Our copy in stock is in nice condition. The pages are clean; the glueing of the binding is intact. The covers show toning and signs of use.