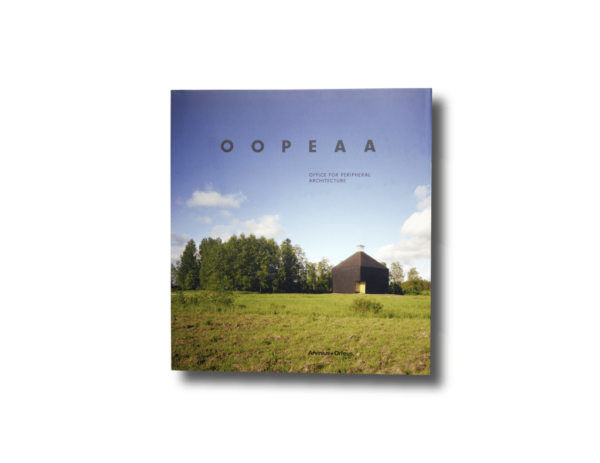 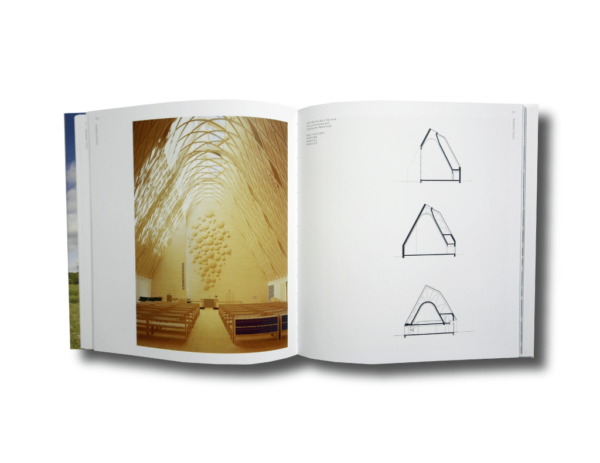 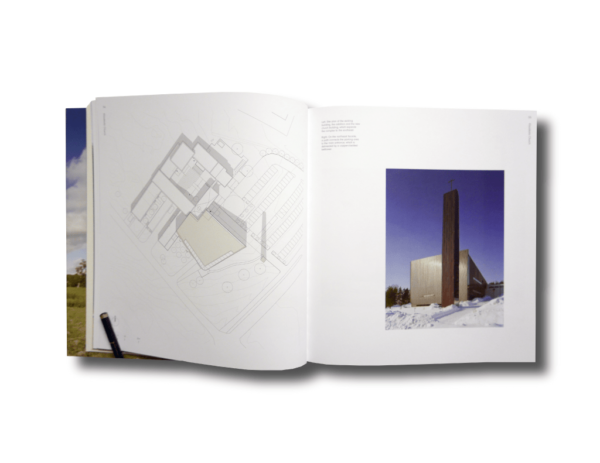 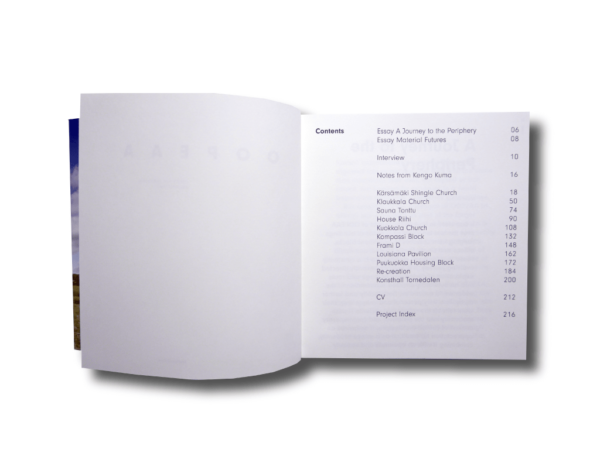 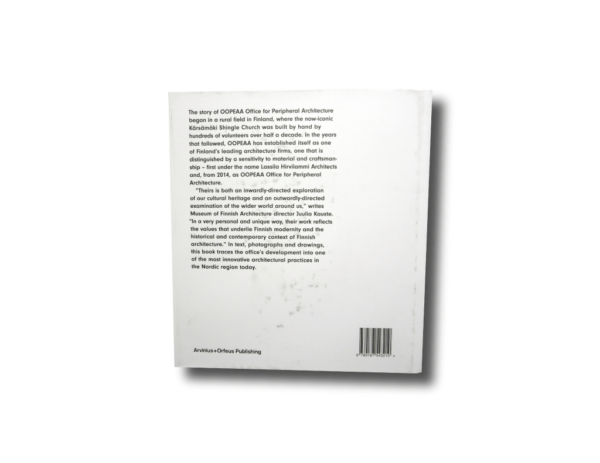 Oopeaa – Office for Peripheral Architecture (Arvinius+Orfeus, 2014) is a beautiful monograph of Anssi Lassila’s (b. 1973) acclaimed architectural practice. The richly illustrated book presents all the key projects from the Kärsämäki Shingle Church completed in 2004 to Konsthall Tornedalen in progress.

Besides comprehensive project presentations, the book also contains an interview with Anssi Lassila, his cv, a project index and introductory texts by renowned architect Kengo Kuma, Professor Michael Asgaard Andersen and Juulia Kauste, Director of the Museum of Finnish Architecture.

Architect Anssi Lassila (b. 1973) has gained a position as one of the leading figures of Finnish architecture. His ground-breaking project was the Kärsämäki Shingle Church completed in 2004.  Since then, he and his collaborators have designed an array of widely published works that feature, for example, innovative use of wood, sensitivity to the context, and an ambitious relation to the architectural form. Anssi Lassila and Oopeaa have been awarded e.g. with the Finnish State Prize for Architecture and the Alfred Kordelin Prize and nominated for the  Mies van der Rohe European Prize for Architecture.

Oopeaa – Office for Peripheral Architecture is a much-awaited monograph of Anssi Lassila’s fascinating architectural practice. The book presents projects from Kärsämäki to Konsthall Tornedalen (in progress). In addition to the project presentations, the richly illustrated book also contains an interview with Anssi Lassila, his cv, a project index and introductory essays by renowned architect Kengo Kuma, Professor Michael Asgaard Andersen and Juulia Kauste, Director of the Museum of Finnish Architecture.

We understand the notion of ‘periphery’ to mean first and foremost a space of possibility and, in a sense, of being on the borderline between two different worlds. This means striving for an architecture that finds its inspiration in the state of being in-between – between urban and rural, but always in relationship to both; between a deep respect for tradition and an appreciation for the contemporary; rooted in the local and yet part of a larger international context.
— Anssi Lassila, Interview, In Oopeaa – Office for Peripheral Architecture, p. 13.

We are proud to carry this beautiful Arvinius+Orfeus publication from 2014 in our stock.