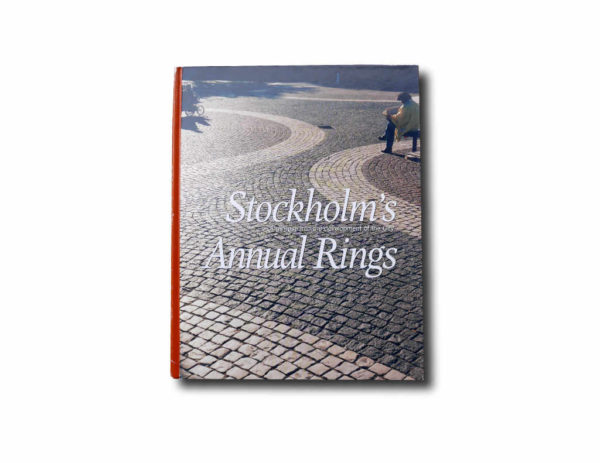 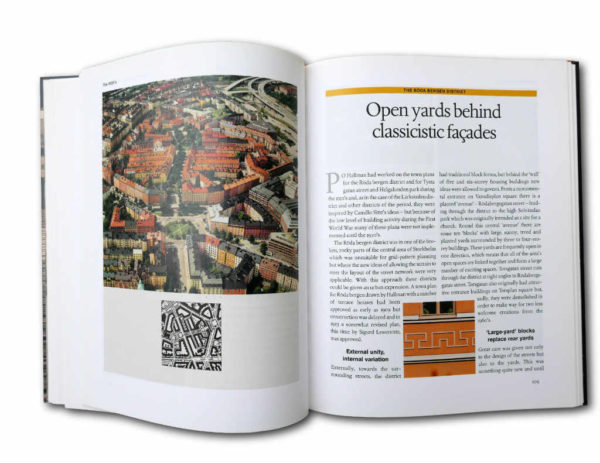 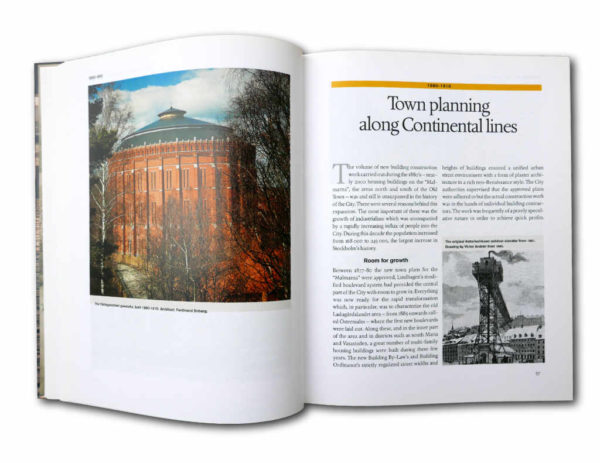 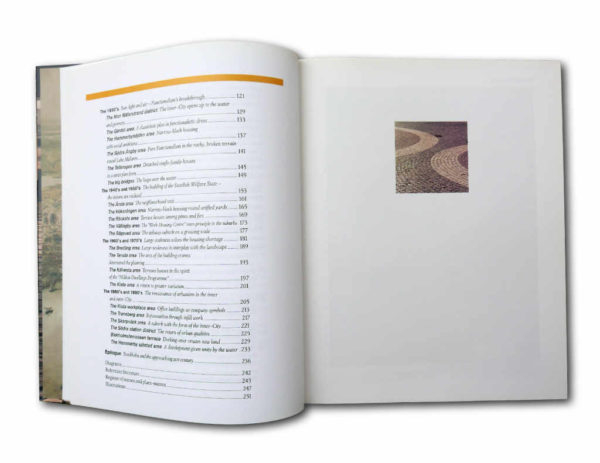 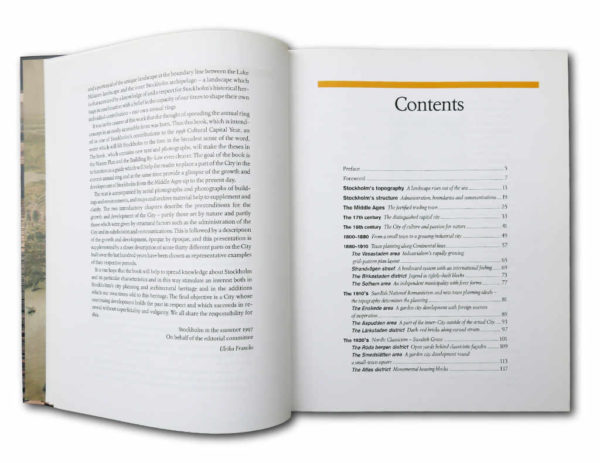 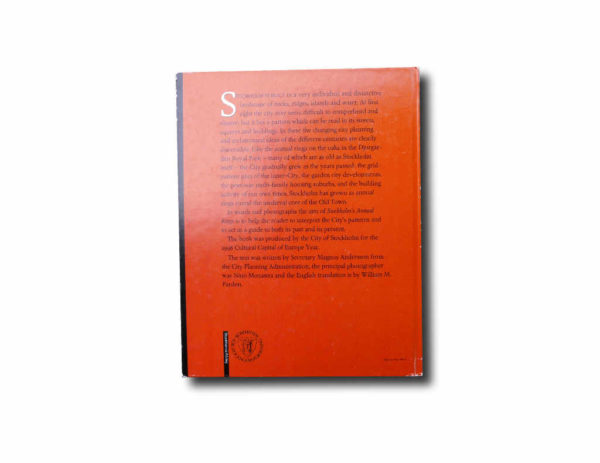 Stockholm’s Annual Rings : A Glimpse into the Development of the City (1998) maps the gradual urban development of the city of Stockholm from the Middle Ages to the turn of the 21st century.

The contents explains the history of the City of Stockholm and the principles of its urban planning and the major phases of societal development through the centuries. Stockholm’s Annual Rings starts from the medieval core of the Old Town and then moves on to discuss the grid-pattern plan of the inner-City, the garden city developments, the post-war multi-family housing suburbs, and finally, the building activity of the late 20th century. The text proceeds chronologically, and it has been written by Magnus Andersson, the secretary of Stockholm’s City Planning Administration.

The book has been illustrated with colour photographs and some site plans, floor plans and other architectural drawings.

The copy in stock is in nice condition. There is some shelf wear on the covers but the inside of the book is practically as good as new.