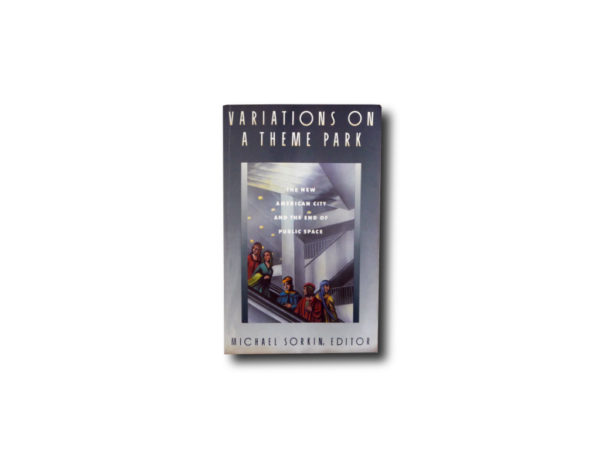 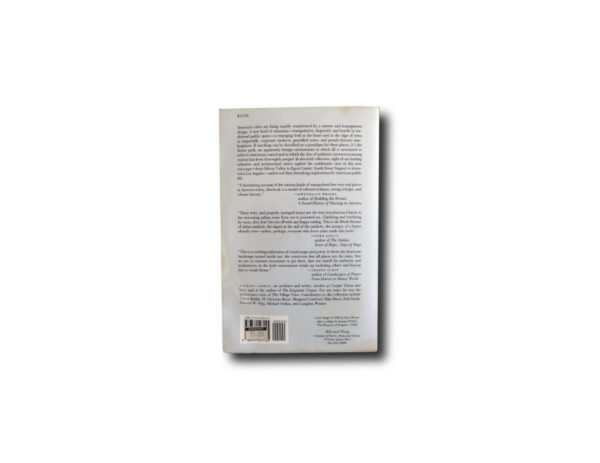 Variations on a Theme Park

“City air makes people free,” goes a medieval maxim. The cautionary essays collected here describe an ill wind blowing through our ciites, an atmosphere that has the potential to irretrievably alter the character of cities as the preeminent sites of democracy and pleasure. The familiar spaces of traditional cities, the streets and squares, courtyards and parks, are our great scenes of the civic, visible and accessible, our binding agents. By describing the alternative, this book pleads for a return to a more authentic urbanity, a city based on physical proximity and free movement and a sense that the city is our best expression of a desire for collectivity. As spatiality ebbs so does intimacy.
— Michael Sorkin, Introduction to Variations on a Theme Park, p. xv

Michael Sorkin (1948–2020) was an esteemed American architect, educator and architectural and urban critic. He contributed regularly to e.g. The Village Voice, The Nation and many other platforms. Please also visit Michael Sorkin Studio for his architectural and urban projects; and please also note Donitseista muffineiksi – Doughnuts to Muffins: Harris–Kjisik Architects which includes Michael Sorkin’s essay “WalmART Comes to Helsinki” (both inEnglish and in Finnish).

The copy in stock is in okay condition. There are signs of use both on the covers and on the pages, e.g. some pencil underlinings. The binding is fine, however.