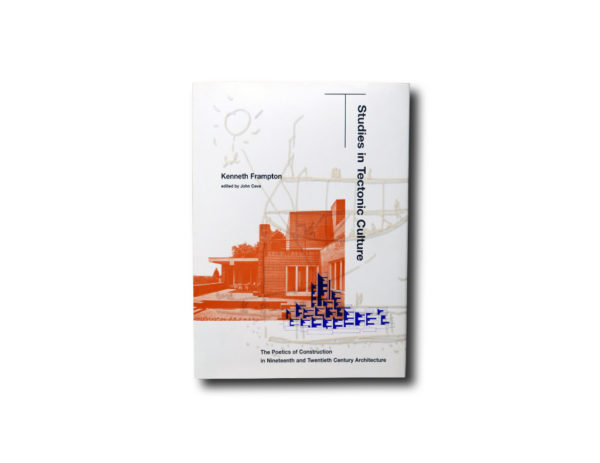 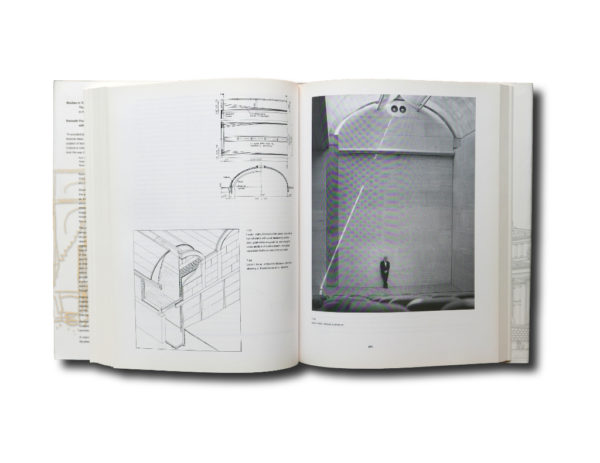 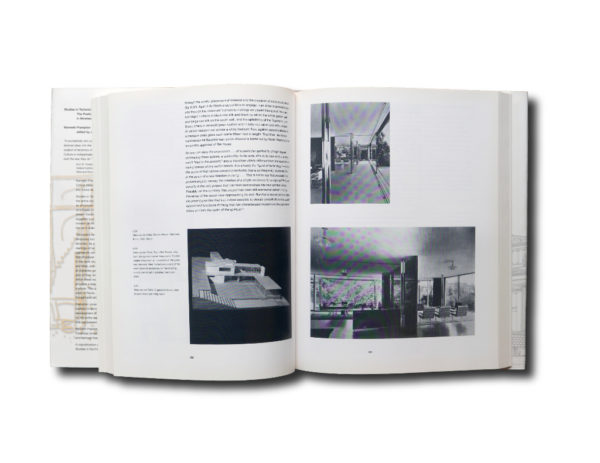 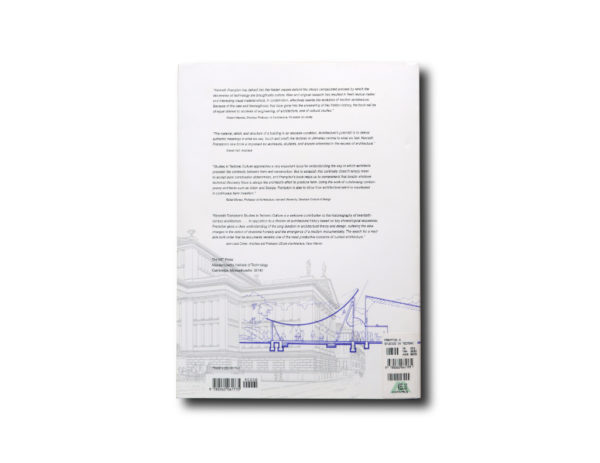 Studies in Tectonic Culture: The Poetics of Construction in Nineteenth and Twentieth Century Architecture by Kenneth Frampton (MIT Press, 1995) is a seminal work on the structural developments of architectural Modernism.

The books ten essays and an epilogue trace the history of contemporary form as an evolving poetics of structure and construction. Its analytical framework rests on Frampton’s close readings of key French, German, and English sources from the 18th century to the present. Frampton considers the conscious cultivation of the tectonic tradition in architecture as an essential element in the future development of architectural form, casting a critical new light on the entire issue of modernity and on the place of much work that has passed as ‘avant-garde’.

Without wishing to deny the volumetric character of architectural form, this study seeks to mediate and enrich the priority given to space by a reconsideration of the constructional and structural modes by which, of necessity, it has to be achieved. Needless to say, I am not alluding to the mere revelation of constructional technique but rather to its expressive potential. Inasmuch as the tectonic amounts to a poetics of construction it is art, but in this respect th artistic dimension is neither figurative nor abstract. it is my contention that the unavoidably earthbound nature of building is as tectonic and tactile in character as it is scenographic and visual, although none of these attributes deny its spatiality. Nevertheless, we may assert that the built is first and foremost a construction and only later an abstract discourse based on surface volume and plan…
— Kenneth Frampton, Introduction: Reflections on the Scope of the Tectonic. In: Studies in Tectonic Culture: The Poetics of Construction in Nineteenth and Twentieth Century Architecture (MIT Press, 1995), p.2

The copy in stock is in excellent condition. The dust jacket is clean and faultless, and the binding and the pages are also fine.