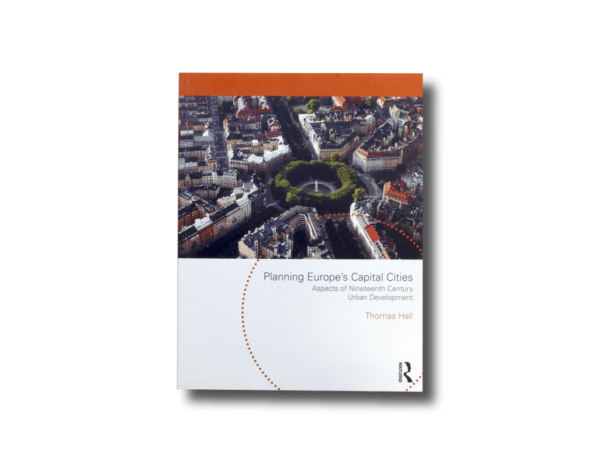 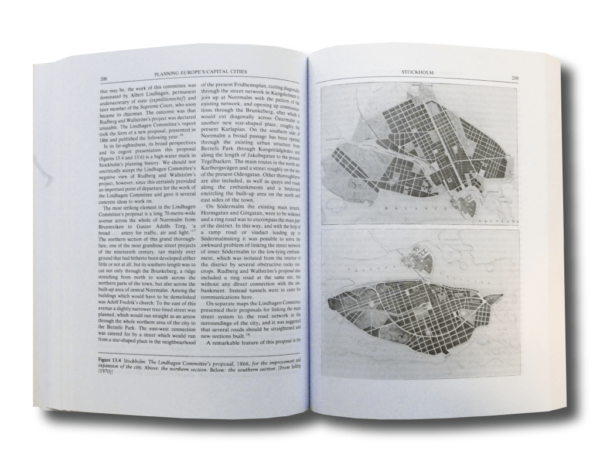 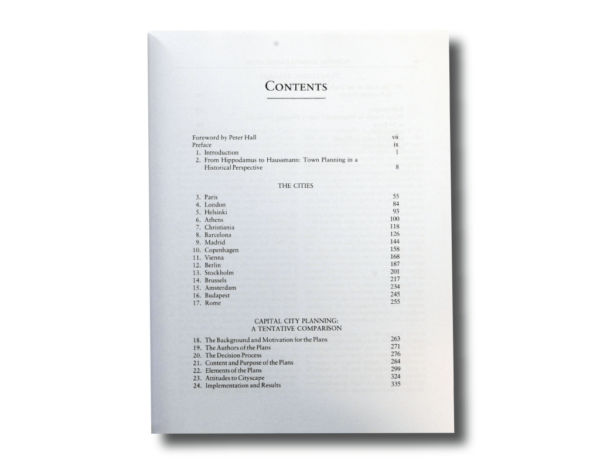 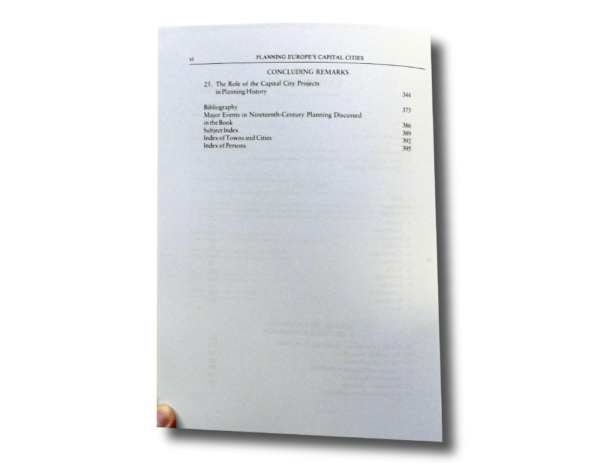 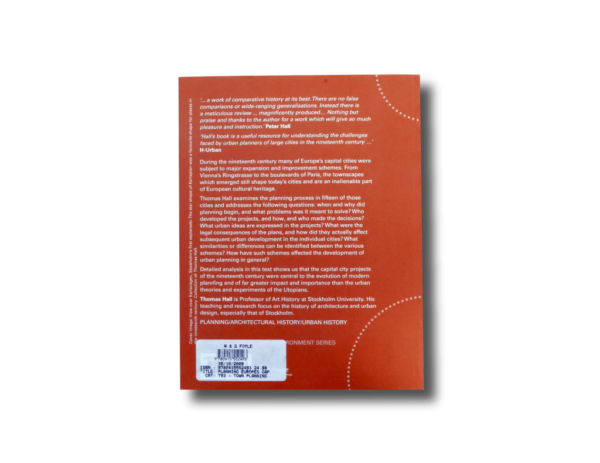 The copy in stock is in very good condition. There are no apparent signs of wear, and the pages are clean and tidy.

The book questions: When and why did planning begin, and what problems was it meant to solve? Who developed the projects, and how, and who made the decisions? What urban ideas are expressed in the projects? What were the legal consequences of the plans, and how did they actually affect subsequent urban development in the individual cities? What similarities or differences can be identified between the various schemes? How have such schemes affected the development of urban planning in general? The book introduces to the history of town planning, studies the 15 European capitals in detail and concludes with a tentative comparison between the administrative procedures, elements of the plans, and the ways plans are applied in urban design.

The copy in stock is in very good condition. There are no apparent signs of wear, and the pages are clean and tidy.