The Pro Helsingfors Foundation has just published a fantastic new book about Helsinki: Kaupungin piirteet – Stadens prägel – Outlining a City. It is published by a small quality publisher AtlasArt and the editor is my distinguished colleague Juha Ilonen, architect, photographer, designer, educator, and author of several Helsinki books such as his intriguing urban study The Other Helsinki: The Reverse Face of Architecture in the City (2014).

The hefty new book is outstanding both in terms of its contents and its size. The 2.4 kg tome contains 13 essays by a variety of scholars, architects, experts and researchers who discuss both historical and contemporary features of Helsinki, its built environment and urban architecture. The themes include Eliel Saarinen’s legacy, the fortified islands of Viapori, the development of Helsinki shorelines, suburbian manors, public parks of the 19th century, industrial history, contemporary highrise projects, transport networks, underground spaces, public art, and Helsinki in documentary films. Furthermore, there is an epilogue of 19 texts by 19 writers who describe their own intimate relationship with Helsinki. Most noteworthy, the book is richly illustrated with Juha Ilonen’s original photography and historical archive images. Best of all, the texts are in Finnish, Swedish and English. 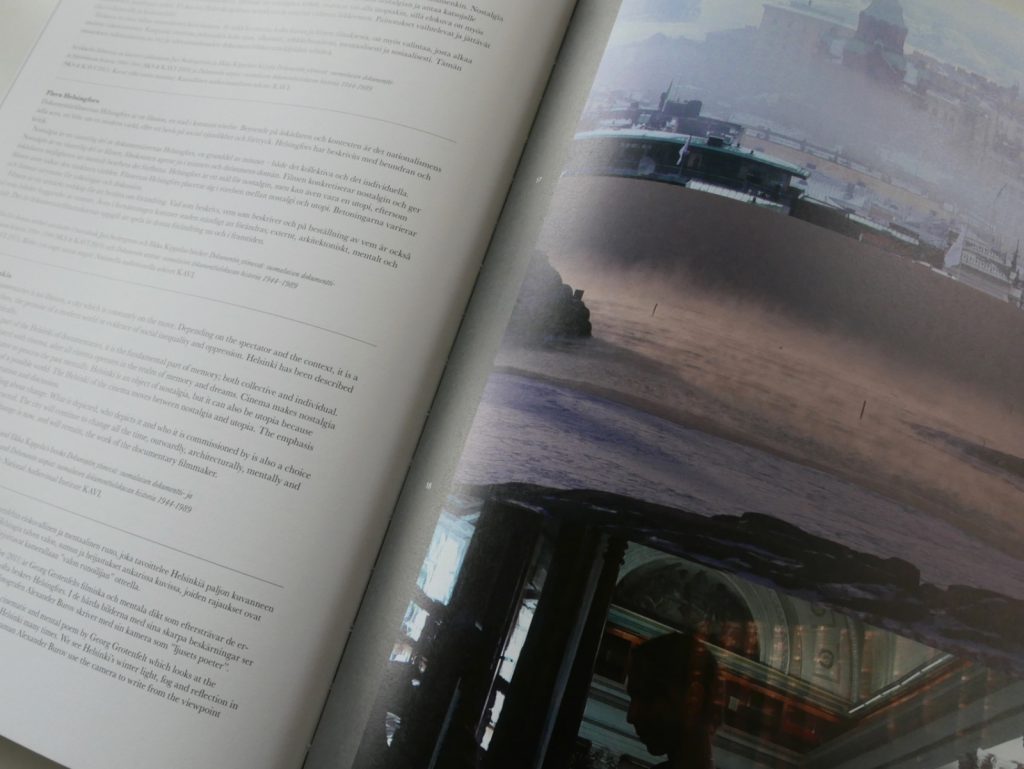 I was privileged to be invited in a panel discussion at the National Archives yesterday. The building dates from 1890 and it is designed by Gustaf Nyström, one of the great Finnish masters of neorenaissance. We had a vivid discussion about Helsinki with the audience and I truly hope that this book finds a lot of readers both here in Finland and abroad. Get in touch if your interested in obtaining your own copy or contact AtlasArt directly. 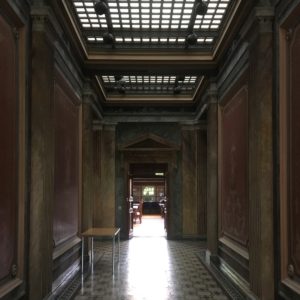 View of the gallery in the National Archives, Helsinki. 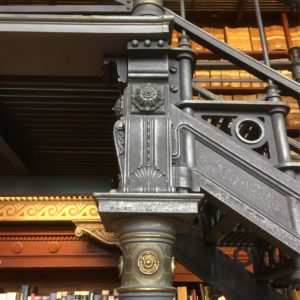 Detail of the cast iron staircase in the National Archives, Helsinki. 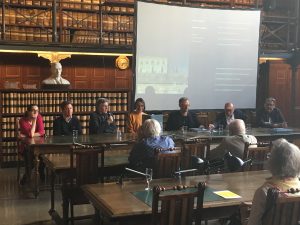 Panel discussion on 31 May 2017. Photo: Risto Pekkanen / AtlasArt. I’m the one in the saffron yellow shirt next to professor emeritus Vilhelm Helander who’s holding the microphone. 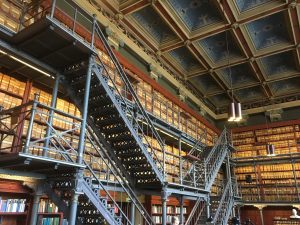 The cast-iron staircase and the bookshelves in the researcher hall. 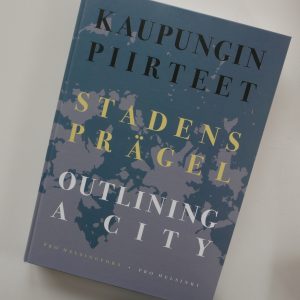 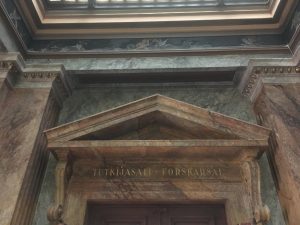 Entrance to the researcher hall at the National Archives, Helsinki.